By Frank Thompson on Apr 11 in Bonding. 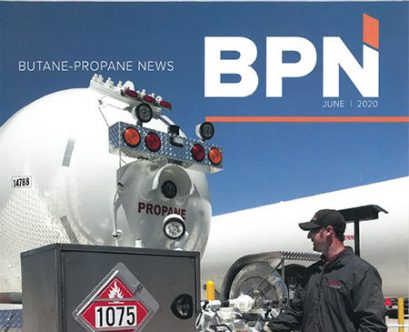 Several times a year, we get calls from propane marketers that have had their general liability policy audited. If it has been a warm winter, they are generally happy that there will be a return premium. However, when the winter was cold, and they sold arid delivered a lot of propane, we generally hear some light complaining because of the additional audit premium invoice they received.

What agents don’t like are the calls from marketers about a problem with a workers’ compensation (WC) audit, especially if i.t has \O do with how the auditor classified the employees. The following are two examples of classification problems and a potential solution.

An independent workers’ compensation auditor called the propane marketer arid made an appointment to do the annual audit. The day of the appointment, the auditor showed up 15 minutes early with an audit trainee. He was heard to tell the trainee, “I bet you a dollar that the owner comes into the office from the shop, wiping his hands on a rag.” Five minutes later, that is exactly what happened; he owner walked in wiping his hands on a shop rag to get the oil off his hands, as he had been changing the oil on a company vehicle.

The auditor pulled the payroll worksheets and looked where the owner’s payroll was classified. He saw that it was in code 8810 (clerical), which has a very low rate per hundred dollars of payroll. However, the auditor, based on what he observed, placed the owner’s payroll into the governing code for pro­pane companies, which in many states is code 8350, dra­matically changing the amount the marketer owed.

This also happened to one of the New Mexico propane mar­keters who received an additional WC audit invoice for more than $11,000. The auditor had changed all of the clerical pay­roll of the office staff from code 8810 to code 8350. The rea­son was because the office staff occasionally filled propane bottles.

Needless to say, in both cases, the marketers were upset when they called their agent. “What right did that idiot have to change my classifications? It’s not fair. I can’t afford that huge increase. What can be done to fix this outrage?” First of all, to fix the dilemma, we need to look at what the Na­tional Council on Compensation (NCCI) says in the National Scopes Manual regarding how to classify employees. NCCI is a rule-making body whose principles are closely followed by the Administrative Rules of States that are not members of NCCI, and those states that are members. These rules require a marketer to report wages under the highest classification applicable, so let’s look at code 8350.

“Code 8350 is applied to dealers engaged in the dis­tribution of Liquefied Petroleum Gas by means other than mains. or pipelines. It applies to ALL operations of such insureds and includes store employees, drivers, and the installation, service or repair of their customer’s equipment and appliances. The classification contem­plates the unloading of the Liquefied Petroleum Gas from railroad tank cars, subsequent storage in tanks on their premises, the filling of bottled gas cylinders or tank trucks and the retail or wholesale delivery of the Lique­fied Petroleum Gas.”

Many times propane marketers have employees that routine­ly go back and forth from one job classification to another during the workday. For instance, in the case of the office employees who were reclassified from office clerical to pro­pane, they were needed when necessary to leave the office and go outside to the dispenser to fill a bottle for a custom­er. To place their entire payroll in the higher rated classification does not seem fair, but is what the description requires. Especially since we would argue that there are other clas­sifications that might apply, such as code 8810 Clerical Office personnel and code 8742 Outside Sales, that would reduce the marketer’s workers compensation premiums. So how can these other classifications be utilized properly to avoid the auditor’s discretionary movement of the payroll to the highest classification?

The answer, for both scenarios, is to keep Verifiable Time Records. In the case of office personnel going outside to fill a customer’s bottle, a daily log should be developed, showing the date and time when the clerical person went outside to fill the bottle and when they returned. The log would allow the auditor to utilize the lower WC code of 8810 for the majority of the employee’s payroll. Utilizing Verifiable Time Records are also useful when companies have employees-that work part time in HVAC and are also bobtail drivers.

Frank B. Thompson is a chartered property and casualty underwriter based in Phoenix. He is the owner of PT Risk Management, an independent insurance company specializ­ing in writing propane and petroleum risk policies throughout the U.S.

Replacement costs and how they apply to insurance?