Who Owns the Propane or When Does the Gas Pass?

By Frank Thompson on Mar 21 in Commercial Auto.

HomeCommercial AutoWho Owns the Propane or When Does the Gas Pass? 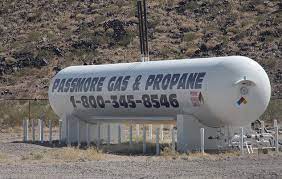 The Two Examples Should Make Every Marketer Examine Their Relationship With Their Suppliers. When Does The Ownership of the Gas Change to Your Company? Do You Have A Written Agreement Spelling That Out?

Every day across the United States, propane marketers call for a load of propane. The call may go directly to a refiner such as Conoco Phillips, a company owning a pipeline fa­cility or a salt dome storage facility such as Plains Marketing owns in Phoenix or the call may be to a wholesaler or even another marketer.
Depending on who you called to buy your propane makes a difference in answering the question as to when your company takes own­ership of the propane that you ordered? Do you know when you own the gas? Do you have anything in writing from your supplier? Is the answer the same for every supplier you use? The reason for asking the question is that a propane marketer’s liability begins at the mo­ment the ownership of the gas changes to the marketer. So what, you may be thinking. How does the ownership of the gas affect me? Let me give you several examples of how the ownership could affect you and your company. You have just ordered a load of propane from Conoco Phillips. You then call a local common carrier to pick up the propane at the terminal and deliver it to your storage. The ownership of the propane changed from Conoco Phillips to your company when the propane was loaded on to the common carrier transport. On the way to your storage tank with your propane the driver tries to make a left turn across traffic and fails to see the oncoming motorcycle. The subsequent accident leaves the motorcyclist a paraplegic. The plaintiff’s attor­ney sues both the common carrier that owned the transport and your company because you own the fuel. The jury finds the common carrier at fault and awards $7,960,000. The common carrier was insured for the required $5 million. The plaintiff’s attorney would then look to your company to make up the remain­ing $2,960,000.

The auto insurance policy written for your company should include coverage called Hired and Non Owned Auto. The Hired and Non Owned coverage provides $1 million for just such an occurrence as the accident described above. The common carrier was a Hired vehicle under contract for your firm hauling your propane so your insurance company would pay $1 million. But how is your company going to pay about the remaining $1,960,000 of the award? Without an umbrella with adequate limits to pay the difference, the assets of your company are at risk.

The above scenario is very important if you are a wholesaler or a dealer brokering propane to other dealers. Who owns the gas and when does the ownership change? More importantly do you have it in writing? The above two examples should make every marketer re examine their relationship with their suppliers. When does the ownership of the gas change to your company? Do you have a written agreement spelling that out? Second, propane marketers that utilize common carriers need to provide a list of all common carriers they use to their insurance company. Each common carrier used should be required to provide a certificate of insurance to the marketer showing the limits of liability and in addition should also name the propane marketer as an additional named insured re­garding the transportation and the loading and unloading of the propane. Lastly, each marketer, wholesaler or broker should consider the additional exposure that owning and transporting propane entails and should buy enough umbrella insurance to cover the risk that they face.

Published in The Gaslight, January/February 2009