By Frank Thompson on Apr 01 in Cyber Liability. 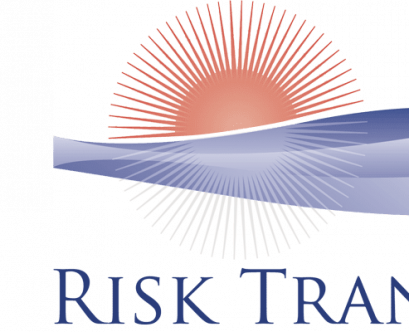 In May, the Western Propane Trade Show & Convention brought together propane marketers from all around the West Coast. In visiting with the marketers at the trade show, I was ap­proached by a California marketer who told me about the public outcry when the propane compa­nies tried to collect for the loss of leased tanks following the forest fires that had destroyed thousands of homes, leaving large areas devas­tated. The fires over such a wide swath were es­pecially devastating to the propane compa­nies that serviced this area. They lost their customers, their leased tanks, their regulators, the contents in the tanks, and, in the majority of cases, their pres­ent and future source of income. With the price of steel, new 500-gal. tanks are worth approximately $1650 and 1000-gal. tanks are running around $2750. As a result, marketers have thousands of dollars of assets around the countryside. Most property insurance policies may only have a small sublimit of insurance for tanks that are located at custom­ers’ houses, with a total aggregate of $10,000, leaving a huge gap in cover­age. As a risk manager as well as an insur­ance agent, we, along with others, have always advocated the risk management approach to insurance: Insure those areas of your business that you control and transfer risk to others when you are not in control. So the best risk management ap­proach is to transfer the tank lease risk. Write fhe tank lease agreement so that the homeowner’s insurance company is responsible for any loss that would be covered by their policy, such as fire. And that is where the outcome differs with the California fires; some marketers had lease agreements that transferred the risk to the homeowners insurance company and some didn’t. When the homeowners who had lost their homes received a letter from the marketer requesting reimbursement, they felt overwhelmed, which quickly turned to anger and open hostility. They felt they had lost everything because of the fire and now the propane company was their enemy trying to take more money from them. Later, Rob Scott of Scott and Associ­ates. a consultant for the Western Propane Gas Association, spoke to me about an approach that other market­ers used that worked. They met with the homeowners voic­ing their concern for their wellbeing and mentioned that. to help the home­owners in dealing with their insurance companies, they were advising them to include the cost of the tank, regulators, and propane in the tank. These efforts by the marketers showed compassion and understanding and that they were offering their help in the claims settle­ment process. Looking at the three scenarios. there are several conclusions to be drawn nationally from the recent California fires.

1. Marketers need to review their tank lease agreements to make sure that they clearly state that the home­owner’s insurance policy is primary when it comes to covered losses (fire, wind, hail, tornados).

2. Tanks in the field are a sizeable fi­nancial asset to the marketer, but are faced with numerous exposures that are not under the marketer’s control. Look into purchasing Inland Marine coverage to insure them if you are in an area subject to catastrophic losses.

3. When dealing with customers who have suffered catastrophic loss, show compassion and apply the Golden Rule, “do unto others what you want done unto you.”

4. Failure to transfer risk not only in lease agreements, but also in non­-owned dispenser locations, could cost you your company.

Thinking of the magnitude of those who lost everything in the forest fires, floods, tornados, and hurricanes in the past several years, I am reminded why ev­eryone needs insurance and a knowl­edgeable insurance agent.

Frank B. Thompson is a chartered property and casualty underwriter based in Phoenix. He is the owner of PT Risk Management, an independent insurance company specializing in writ­ing propane and petroleum risk policies throughout the U.S.