By Frank Thompson on Aug 15 in Bonding. 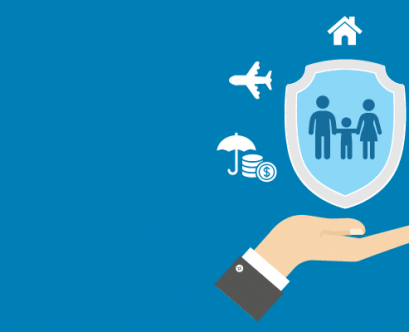 The headline from the Insurance Journal read, “A.M. Best Sees $12 Billion P/C Insurance Underwriting Loss for 2018.” This was followed by even worse news: “The U.S. property/ casualty industry is expected to report that 2018 was its third consecutive year with an underwriting loss.” That loss in 2018 follows a $25.3 billion loss in 2017, and a loss of $7.3 billion in 2016. So what does that mean to propane marketers? The answer, higher premiums. The property and casualty insurance market has been stable over the past six years. Rates have stayed flat, which allowed some new insurance companies to enter the propane marketplace.
The focus of the propane industry has been on CETP training, which has reduced the frequency and severity of liability claims. This allowed the newer insurance companies to enter the marketplace with lower premiums; however, claims outside of general liability have increased substantially. Property claims from forest fires, tornados, wind, and hail storms are increasing in frequency.

All insurance companies, whether new or old, are experiencing an underwriting loss when it comes to vehicles. Weather-related claims, such as fire damage and flooding along with fog and snow, increase the loss ratio. Auto parts and repairs are rising, as are distracted driving accidents.

All of the above are reasons why there is the $12 billion underwriting loss. Why is the huge loss terrifying? Because for the past six or seven years, when an insurance agent called on a propane marketer, their sales pitch was that they had an insurance company that could beat the existing company’s price. This forced the insurance producer that had the business to go back to the insurance carrier they were using and try to get a price reduction to match the lower quote.

A new agent, just starting out. explained to me how terrifying the future looked to her. She has been calling on new accounts to quote and every time she gets an opportunity to quote, she is higher than last year’s premium. It is hard to sell a new account when the buyer was expecting 2018 pricing and, due to rate increases, now has no price advantage. My response was that she was going to have to learn to sell the coverage and service differences between the insurance companies, which did not make her happy. This gets back to the old saying, “there is a fair price for any item, everyone in the chain has to make a profit,” which is also true about the price of insurance.

Frank B. Thompson is a chartered property and casualty underwriter based in Phoenix. He is tne owner of PT Risk Management, an independent insurance company specializing in writing propane and petroleum risk policies throughout the US.

Replacement costs and how they apply to insurance?