By Frank Thompson on Mar 12 in Bonding. 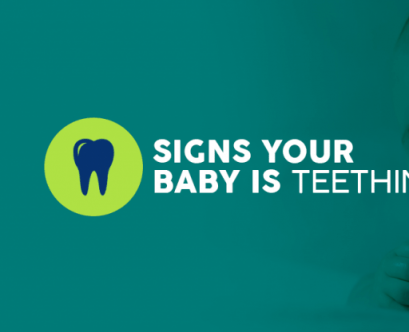 In my travels around the United States, I frequently meet propane marketers who tell me that they don’t sleep well at night. Their brains cannot shut down as they worry and fret about their business. They need more drivers. They have a large accounts receivable. They need a cold winter. They would like a larger profit margin. They are worried about supply. And they worry what will happen to their business if they have a catastrophic loss.
In addressing “the big loss concern,” I previously wrote an article in January 2008 for The Gaslight, a Western Propane Gas Association publication, titled “Umbrella Insurance-The Bridge Over Troubled Waters.” In the song of the same name, Simon and Garfunkel sang that when bad times come, everyone needs someone or some­thing to bridge the troubled waters.
From my perspective, the song is true. What marketers need to do to sleep soundly is to protect their company by carrying enough umbrella insurance to cover a possible catastrophic loss. It’s also a theme that I talk to marketers about when quoting or renewing their insurance package: “Are you carrying enough umbrella insurance to cover the worth of your company?” Having umbrella limits to at least cover the worth of your company is one way that will “bridge the troubled waters” and ease your mind.
The minute the topic of how much umbrella or excess insurance comes up, one of four responses usually follows:
• “You are just trying to sell me more insurance.”
•”If I buy more insurance and have an accident, the injured party will just sue for the higher limit.”
• “I don’t have that much risk; “I have operated safely for many years, and I don’t have a transport truck.”
• And the one that takes the prize is the response, “If I get sued for more than I’m currently insured for, I’ll just let them take my company.”

No wonder the owners can’t sleep, worrying about los­ing their life’s work.
Let me take the objections one by one. To marketers who think I’m just trying to sell more insurance, my response is straightforward: “My responsibility is to rec­ommend those coverages and limits you need. It is your job to consider the recommendations, then tell me what you feel you need and are willing to buy.”
To marketers who reject increasing their umbrella for fear it will only allow the injured party to sue for more money, I tell them the following: “Plaintiffs do not need to be coached to sue for higher limits with commercial general liability claims and serious auto claims … the law­suit generally is for higher limits.”
For marketers who feel that they don’t have much exposure because they don’t have a transport truck, please consider two major exposures.
First, depending on who you buy your propane from, ownership changes at the flange. The common carrier that hauls your propane to you never owns the propane that it is carrying. If it gets in a serious accident, its insur­ance is primary, but you own the propane and may get brought into the claim because of the severity. And while you probably have $1 million of hired and non-owned coverage on your auto policy, that may not be enough.
Secondly, a bobtail can cause just as much damage as a transport. We know of a bobtail claim that exceeded $7 million when the truck turned in front of an oncoming motorcyclist v,ho then laid the bike down and was run over by the rear wheels of the bobtail.
Finally, for marketers who do not want to face the reality of the litigious society in which we live and have assumed a “bury your head in the sand” attitude, we coun­ter with a solution that makes sense-you need a “bridge over troubled waters”-with higher umbrella limits.
Over the years, J have talked to marketers who have been involved in heartbreaking claims. When they have had losses that exceed their coverage limits, many times the insurance companies will write a check for the policy limits. Once it does that, the insurance company’s liabil­ity is paid. There is no more defense coverage, leaving your company to fend for itself.
If your company loses in a trial and the claim is more than your limits of liability, your company is not absolved from paying the additional award. Propane marketers cannot claim that they have no assets and therefore are “uncollectable.”
The idea that the propane marketer has incorporated and therefore is immune from the additional damages is also not entirely correct. The plaintiff can pursue many other options to collect.
In doing research for this article, I contacted David R. Schlee, who is a shareholder in the Kansas City law firm of Schlee & McCarthy PC. He writes the monthly column for BPN called “Propane and the Law.” I asked him if propane marketers could lose their company in the event of a judgment against them in excess of their insurance coverage limits. His answer was “It is entirely possible.”
As we talked further, he suggested that marketers who have operated safely for years tend to get complacent, think­ing that the catastrophic loss will never happen to them. And following his idea further, we have to conclude that marketers are possibly thinking that because they haven’t had a big loss, they don’t want to waste any more money paying insurance premiums that they have never used. However, the potential catastrophic claim could be with the next customer fill or bobtail leaving your yard.
Talk to your insurance agent about increasing your umbrella coverage and then buy or increase the umbrella policy ro get some sleep tonight.

Frank B. Thompson is a chartered property and casualty underwriter based 011 Phoenix. He is the owner of PT Risk Management, an independent insurance company specializing i11 writing propane and petroleum risk poli­cies throughout the U.S.